A FEW WEEKS AGO, THE BBC CANCELED THEIR "GREEN" ADVOCACY PROGRAM:

The BBC has scrapped plans for Planet Relief, a TV special on climate change.

The decision comes after executives said it was not the BBC's job to lead opinion on climate change.

... senior news editors expressed misgivings that Planet Relief was too "campaigning" in nature and would have left the Corporation open to the charge of bias.

"It is absolutely not the BBC's job to save the planet," warned Newsnight editor Peter Barron at the Edinburgh Festival last month.

Head of TV news Peter Horrocks, writing in the BBC News website's editors' blog, commented: "It is not the BBC's job to lead opinion or proselytise on this or any other subject."

A number of right-wing commentators such as the Daily Mail's Keith Waterhouse also criticised the idea. 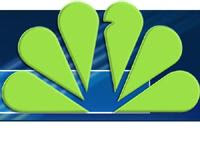 BUT NBC - NOT BEING AS MODERATE AS THE BBC! - WENT FORWARD WITH IT - MUCH OF IT MASQUERADING AS NEWS. AND IT PERMEATED THEIR ENTIRE SCHEDULE.
IT WAS PURE UNADULTERATED PROPAGANDA. IT'S ALL THEY SEEM TO DO THESE DAYS.

AND THEIR PROPAGANDA WEAKENS US AND AIDS THE ENEMY. WHICH IS WHY I HAVE LONG SAID, WE HAVE TO DEFEAT THE LEFT HERE AT HOME BEFORE WE CAN DEFEAT THE JIHADIST ENEMY ABROAD.
Posted by Reliapundit at 12:50 AM