As Pastorious reported earlier, Hollywood has transformed GI Joe from a U.S. Marine into a wimpified, United Nations demi-soldier:

The popular all-American comic-book military man and action figure dating back to the 1940s is undergoing a significant transformation for the Paramount Pictures-distributed "G.I. Joe" film, which begins production in February and is scheduled for release in summer 2009... Paramount has confirmed that in the movie, the name G.I. Joe will become an acronym for "Global Integrated Joint Operating Entity" — an international, coed task force charged with defeating bad guys. It will no longer stand for government issued, as in issued by the American government.

In a shocking exclusive, we've received spy photos of the dolls that will be sold as marketing tie-ins to the movie. 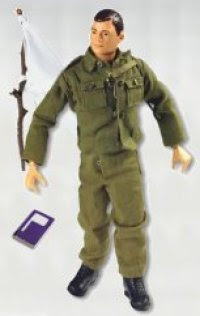 GI Joe, of the International "Joint Operating Entity", is not permitted to carry firearms by United Nations mandate. He is equipped with a Berlitz manual for negotiating (or begging for his life) and a kit for converting any tree limb into a white flag of surrender. 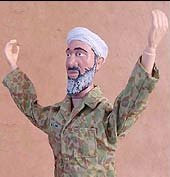 UN Joe is both a lawyer and an attorney -- as well as a seasoned, no-holds-barred diplomat. He is capable of leaping into action with the dreaded sternly worded memo. UN Joe is also sold as IAEA Joe, the friendly, incompetent buffoon who has dedicated himself to ensuring that suicidal dictators can acquire nuclear weapons.

GI Progressive Joe organizes rallies for impeachment, plays in a band (of course!) and can lay down a harsh metal beat sure to drive the current administration -- the only real enemy of mankind -- crazy.

Burqa Barbie is the gal pal of Jihad Joe but is seldom seen outside the house; she is not permitted to drive, so cars are not sold as optional equipment with Burqa Barbie.

* * *
To show how far we've come, this is Sergeant Fury, a comic book commando from World War II. 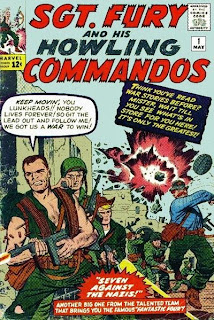 Nick Fury has trained as a paratrooper, Ranger, demolitions expert and vehicle specialist. He holds an unlimited-tonnage, all-seas license as a commander of ocean-going vessels. Fury has completed... special-forces training, is a seasoned unarmed- and armed-combat expert, was a heavyweight boxer in the Army, and holds a black belt in Tae Kwan Do and a brown belt in Jiu Jitsu. He has honed his fighting skills sparring with the star-spangled Super-Soldier called Captain America, perhaps the world's finest unarmed-combat expert... Nick Fury, the oldest of three children born to an American pilot who died in battle during the final year of World War I, grew up in the Hell's Kitchen neighborhood of New York City. At the start of American involvement in World War II, Fury enlisted in the Army. He underwent basic training at Fort Dix in New Jersey under the command of Sgt. Charles Bass, a stern taskmaster who singled him out as the company scapegoat. In short order, Fury proved himself to be an excellent soldier and capable leader, and rose quickly to the rank of sergeant. 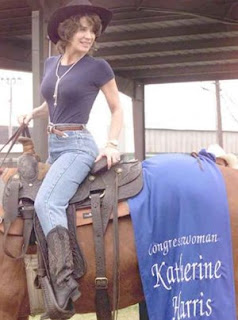 A gratuitious picture of Katherine Harris? I have no earthly idea how that got in here.

Cross-posted at Doug Ross @ Journal
Posted by directorblue at 9:36 PM

A REAL American Hero. I wonder just exactly how many Hollywood mogels it takes to hold ANYTHING? None. Because 0 x any number = ZERO. Losers.