(IsraelNN.com) Residents of the Shomron town of Elon Moreh have accused extreme-left activists of deliberately damaging Arab property in order to create conflict. They also say Yediot Acharonot and its associated website Ynet have refused to correct their libel.

Benny Katzover, a senior founder of Elon Moreh, spoke with Arutz-7 and recounted the events leading up to what he says were attempts by left-wing activists to sully Jewish residents' good names and create conflict with the neighboring Arab village.

The village in question, Dir el-Hattab, was hooked up to the Israeli water utility thanks to Katzover's own initiative as mayor of Elon Moreh. Recently, Jewish youth who refurbished a park area within Elon Moreh's municipal boundaries set up a small pool, connected to the water line leading to the village. The pool did not disrupt the flow of water to the village until somebody began cutting the pipe flowing toward the village.

A resident of the town recently photographed leftists as they damaged a water pipe leading to a nearby Arab village. Elon Moreh residents argue that the leftists were hoping to lead the Arabs to think that their Jewish neighbors were destroying their water supply.

And here are the pictures, showing a leftist vandal from three different distances: 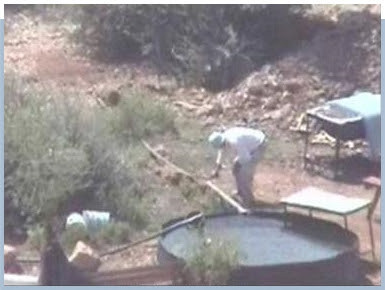 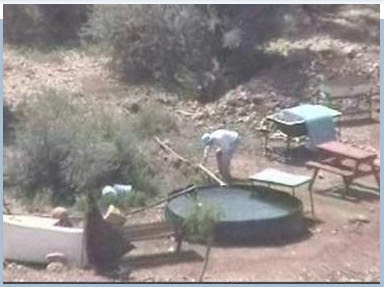 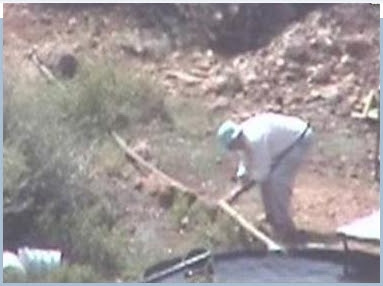 These vandals are almost as bad as the evil, corrosive sewage waste who staged the al-Durah shooting! And now that I think of it, if Yediot Ahronot isn't going to correct their coverage, then they're almost as bad as Charles Enderlin.
Posted by Avi Green at 9:59 AM