YAWN: ALAN GREENSPAN AGREES WITH JIMMY CARTER: GULF OIL CRUCIAL TO NATIONAL SECURITY AND THE PROSPERITY OF THE FREE WORLD

LGF LINKS TO A STORY DRUDGE IS BLARING IN RED AS IF IT'S NEWS: 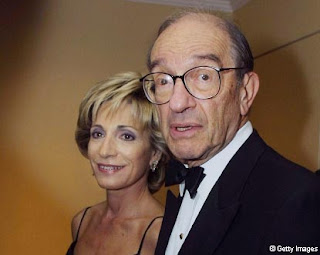 AMERICA’s elder statesman of finance, Alan Greenspan, has shaken the White House by declaring that the prime motive for the war in Iraq was oil ... it is his view on the motive for the 2003 Iraq invasion that is likely to provoke the most controversy. “I am saddened that it is politically inconvenient to acknowledge what everyone knows: the Iraq war is largely about oil,” he says.

THIS IS NOT NEWS.

REPEAT: THIS IS NOT NEWS.

WHAT GREENSPAN HAS SAID IS NOT EVEN CONTROVERSIAL. PERSIAN GULF OIL IS CRITICALLY IMPORTANT TO THE FREE WORLD, AND MUST BE DEFENDED. 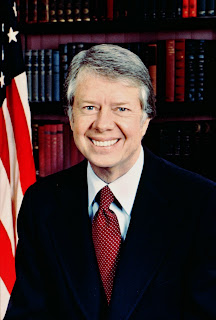 Jimmy Carter first enunciated the FACT that Gulf oil was crucial to the USA and the West in his final SOTU in 1980. Here's a snippet (link and snippet courtesy of THE CARTER LIBRARY!):

"Let our position be absolutely clear: An attempt by any outside force to gain control of the Persian Gulf region will be regarded as an assault on the vital interests of the United States of America, and such an assault will be repelled by any means necessary, including military force."

YES, THAT WAS SAID BY THE NOBEL PEACE PRIZE WINNER AND DARLING OF THE BDS-AFFLICTED, "ANTI-WAR" LEFT. REPEAT:

The RELEVANCY of the Carter Doctrine to the 2003 Iraq War is not new and not some hastily thought up way to rationalize Greenspan's comment. I FIRST BLOGGED ON THE CARTER DOCTRINE HERE - IN 2004!

Is there any doubt that al Qaeda and the Iranian tyrants would LOVE LOVE LOVE to gain control of Iraq's oil, and THAT IT WOULD BE A DISASTER FOR THE FREE WORLD!?
I hope not. 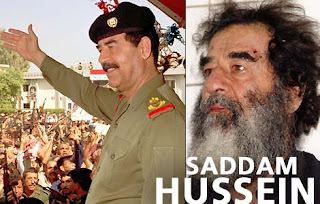 That's why we HAD to intervene in 1991 - when Saddam tried to seize Kuwait and its oil, and in 2003 (when we went back to finish the job - because Saddam hadn't fulfilled the terms of the relevant 1991 UNSCR's which were the de facto armistice).


Greenspan is merely articulating what EVERYONE KNOWS: the region is important because of its oil.

It's important to al Qaeda for its oil and to the West.

AND I SAY "WEST" ADVISEDLY: the EU and Japan get a lot more of their oil from the region than we do. They benfit more than we do from protecting it.

AND THE ONES WHO BENEFIT THE MOST ARE THE ARAB/MUSLIM GULF STATES: They are threatened by Iran and al Qaeda, and they need us to protect them.

The ONLY people NOT benefiting from our war there are al Qaeda and Iran and their stooges.

This alone proves we are doing the right thing.

(More on Greenspan here at Memeorandum.)
Posted by Reliapundit at 10:57 PM