The top three Democratic presidential contenders are locked in a three-way race among likely Iowa caucus-goers, according to the latest NEWSWEEK Poll—while Romney leads his Republican rivals in the Hawkeye State. 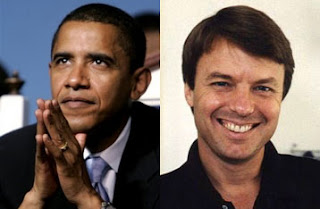 Sept. 29, 2007 - Sen. Hillary Clinton holds a double-digit lead over her rivals for the Democratic presidential nomination in many national polls. But in Iowa, home to the January 2008 caucus that is the first major event of the electoral season, the Democratic race is much tighter, according to the latest NEWSWEEK Poll.

But among likely Democratic caucus-goers, she is locked in a three-way race with Obama and former North Carolina senator John Edwards, with Obama enjoying a slight edge. 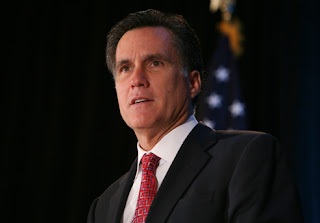 Meanwhile, the NEWSWEEK Poll found that former Massachusetts governor Mitt Romney has emerged as the top choice among Iowa’s GOP voters—well ahead of former New York mayor Rudy Giuliani, who leads in most national polls.

If Romney wins Iowa and then NH then he will be as tough to stop as Kerry was for the Dems in '04.
And, Obama is kicking ass as far as MONEY goes - AND NOW LEADS IN IOWA.

NO CONTEST. Mitt in a landslide.

(BTW: Just as 2004 pitted to Yalies; Mitt versus Barack would be between two Harvard grads. I wonder who got higher grades? BTW: Mitt has MORE Haravrd sheepskin than Barack: Mitt earned an MBA AND a JD.)

The Dems must be VERY worried.

And Al Gore ha s GOT to be thinking that his time has come again...

Full round up at MEMEORANDUM.
Posted by Reliapundit at 9:38 PM

I find both of those scenarios hard to imagine but anything is possible. Romney is my least favorite out of the Fred, Rudy, Romney front runners so I'm hoping this scenario doesn't pan out.

Dear friend , How are you ?
i have a suggestion !

if you are agree to exchange link ,
please mail me .

I think I speak for all Democrats when I say, We are not worried about Romney.