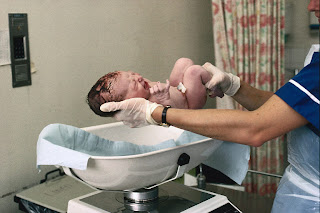 NYC IS ONE OF THE MEDICAL CAPITOLS OF THE FREAKIN' WORLD. BUT THERES A OB-GYN CRISIS HERE. NYPOST:

The American College of Obstetricians and Gynecologists and the Medical Society of the State of New York both say that, with malpractice-insurance premiums rising, the dwindling number of OB/GYNs who can afford to practice has become a crisis, particularly for risky patients such as older women or those with medical conditions.

"The impact of these rate hikes is tremendous," said Donna Williams of ACOG. "We're seeing many OBs who aren't willing to stay in practice because they just can't afford it."

Nationwide, malpractice-insurance premiums for OB/GYNs constitute about 5 percent of expenses, Williams said. In New York state, they are 36 percent.

According to an ACOG survey, in the past four years, rising malpractice premiums have led 8.7 percent of New York state OB/GYNs to stop practicing obstetrics; 12.6 percent have decreased the number of deliveries they perform.

And although the total number of births in New York City was down by 6,697 between 1995 and 2003, those requiring a Caesarean section - and a trained obstetric surgeon - rose by more than 3,000. At the same time, the city's supply of practicing OB/GYNs fell by 6 percent.

AND IT'S JOHN EDWARDS FAULT. MORE HERE.
Posted by Reliapundit at 12:08 AM