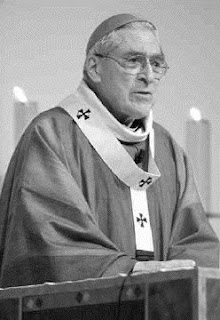 PARIS: Cardinal Jean-Marie Lustiger, who sought to bring Jews and Catholics together in life, is continuing the mission in death.

In a funeral infused with symbolism, Jews will stand Friday in front of the sculpted saints of Notre Dame cathedral and recite one of Judaism's most sacred prayers — moments before an archbishop reads psalms for the Jew who converted to Catholicism, became a towering figure in the church and was even touted as a possible candidate for the papacy.

Lustiger's own faith remained complex up until his death Sunday at age 80 in a Paris hospice. He never rejected his Jewish identity, and worked to heal wounds between France's Jews and Catholics.

The longtime archbishop of Paris, whose mother died at Auschwitz and who was a confidant of late Pope John Paul II, asked that his funeral include both faiths.

"This was his wish, to share the remembrance this way," Arno Lustiger, a cousin who is a German historian and Auschwitz survivor, told The Associated Press.

Arno Lustiger, 83, will lead the reading of the kaddish mourning prayer, in Hebrew, in front of Notre Dame on Friday morning.

BTW: French President Nicolas Sarkozy - partly of Jewish ancestry - is flying back for the funeral. A nice thing. Good.

"For me, it was never for an instant a question of denying my Jewish identity. On the contrary," he said in Le Choix de Dieu (The Choice of God), conversations published in 1987.

A confidante of the late Pope John Paul II, Lustiger represented the pontiff at January 2005 ceremonies for the 60th anniversary of the liberation of Auschwitz, where his mother died.

"I don't want to return because it is a place of death and destruction," said Lustiger, who had visited the camp before. "If I am going, it is because the pope asked me."

Lustiger never publicly addressed the tragedy of his mother Gisele. But during France's National Day of Remembrance to commemorate the deportation and death of French Jews during World War II, Lustiger, taking part in the reading of names in 1999, came to his mother's.

MAY HE REST IN PEACE.
Posted by Reliapundit at 7:05 PM