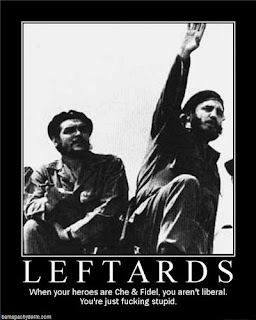 A well-known Cuban dissident has been freed from jail after serving nearly 15 years for revealing state security secrets, a human rights group has said.

Francisco Chaviano, a former teacher, was sentenced in 1995 and was released on parole on Friday.

The independent Cuban Commission for Human Rights and National Reconciliation said that he was Cuba's longest-serving political prisoner.

The Cuban government has not commented on Mr Chaviano's release. Mr Chaviano had been one of Cuba's leading dissidents and human rights activists in the early 1990s.

In the past Amnesty International has described his military trial as falling short of international standards.

The number of political prisoners in Cuba has fallen by about 20% since Raul Castro, brother of President Fidel Castro, was named as acting president just over a year ago, according to the Human Rights commission. But its spokesman, Elizardo Sanchez, said that there were still more than 200 such prisoners living in what he described as sub-human and degrading conditions.

The Cuban authorities denied that they were political prisoners, describing them as "counter-revolutionary mercenaries" on the payroll of the United States.

Also on Friday, another former political prisoner, Martha Beatriz Roque, held a news conference to denounce prison conditions. At the residence of the top US diplomat in Havana, she was joined by relatives of a number of dissidents currently in jail. The families complained of a lack of medical care, overcrowding and intimidation and said common criminals were treated better than political prisoners. 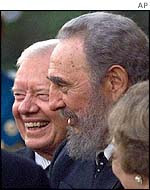 CUBA IS A TYRANNICAL TOTALITARIAN STATE WITH REAL POLITICAL PRISONERS.
YET THE CHIC DEGENERATI OF THE LEFT - TYPIFIED BY MICHAEL MOORE AND DANNY GLOVER AND HARRY BELAFONTE AND SEAN PENN - IGNORE THIS FACT.

WHICH IS WHY THEY'RE NOTHING MORE THAN IDIOTS & DUPES.
Posted by Reliapundit at 8:28 AM