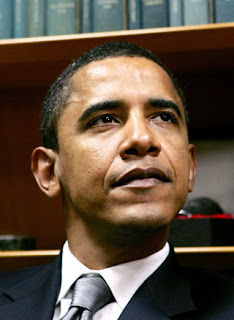 In his speech at the Woodrow Wilson Center for International Scholars in Washington, D.C., — billed as a major foreign policy address — Obama said that as commander in chief he would remove troops from Iraq and put them "on the right battlefield in Afghanistan and Pakistan."

He offered harsh words to Pakistani President Pervez Musharraf, who has been the target of assassination attempts for his efforts to aid the United States in rooting out terrorist havens in the northwestern region of his country.

"I understand that President Musharraf has his own challenges. But let me make this clear. There are terrorists holed up in those mountains who murdered 3,000 Americans. They are plotting to strike again," Obama said. "If we have actionable intelligence about high-value terrorist targets and President Musharraf won't act, we will." 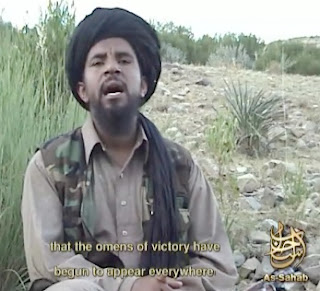 Al Qaeda Commander Calls for Overthrow of Pakistani Government
CAIRO, Egypt — An Al Qaeda commander who escaped from a U.S. prison called on Pakistanis in a new Web video to overthrow President Gen. Pervez Musharraf as revenge for the killing of a pro-Taliban cleric in the Red Mosque showdown.


The video was issued by Abu Yahia al-Libi, who broke out of the Bagram Air Base prison north of Kabul in 2005 and who Western and Afghan intelligence officials believe has since worked training suicide bombers in a camp in eastern Afghanistan.

"O people of jihad (Holy War) in Pakistan ... hurry up and get rid of this corrupt and tyrannical apostate and his secular infidel rule. Destroy the fortifications of his weak army and the nests of his filthy intelligence agency and the core of his infidel rule," al-Libi said.

FUNNY HOW THE DEMS AND AL QAEDA ALWAYS SEEM ALIGNED, AIN'T IT: WHAT'S GOOD FOR ONE IS GOOD FORE THE OTHER.

What's bad for them is good for the Free World and the GOP. WHOSE SIDE ARE YOU ON?