TO CELEBRATE THE MUSIC OF A GREAT MAN: BEETHOVEN 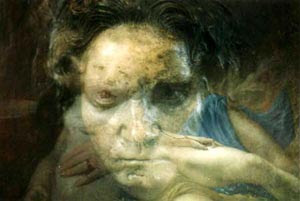 When the Eroica ("Heroic") came along, it upended the musical world as everyone knew it, departing from the consolidation of Beethoven's first two symphonies and making a dramatic conquest of musical territory on its own terms. 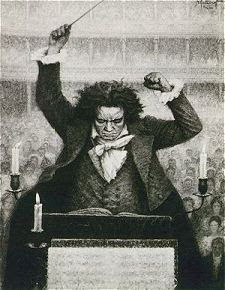 It is in this work that the true voice of Beethoven is first heard. Such a dynamic impulse was provided by nothing less than the stimulus of post-Revolutionary France, where Napoleon Bonaparte, under the force of arms, had conquered and established a number of republics embodied after the model of classical Rome, a political ideal to which Beethoven was strongly attracted.

The symphony was initially written in honour of Napoleon, but in May 1804, upon hearing that Napoleon declared himself Emperor, Beethoven went into a rage and tore the title page up which bore Bonaparte's name.

The title page was rewritten with a new name and rather more ambiguous dedication: Sinfonia Eroica, Composed to Celebrate the Memory of a Great Man.

But the symphony owes its "heroic" nature to more than just its title: the music was of such character that the development of its musical ideas was so drawn out until the work was nearly twice as long as any previous symphony.

In addition to the furious exposition of the first movement, the second movement contained a sombre funeral march which is based on French influences of the period, particularly Cherubini's Hymne funébre sur la mort du Général Hoche of 1797. The last movement is a set of orchestral variations taken from Beethoven's ballet, The Creatures of Prometheus.

Posted by Reliapundit at 9:38 AM