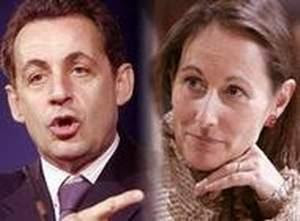 VILLEPINTE, France: Ségolène Royal, the presidential candidate of the Socialist Party, on Sunday unveiled a long-awaited, 100-proposal platform, veering sharply to the left on economic policy while also stressing discipline and traditional values.

Ten weeks before elections, Royal is hoping to reverse a slide in popularity that has seen her lose ground to her main challenger, Interior Minister Nicolas Sarkozy.

In a two-hour speech to about 10,000 supporters north of Paris, she pledged to raise pensions, increase the minimum wage to €1,500, or about $2,000, a month and guaranteed a job or further training to every youth within six months of graduating. She also said randomly selected citizens' juries would watch over government policy and that juvenile delinquents could be placed in educational camps run by the military.

As if to preempt her opponents on the right, she stressed throughout her speech that her ideas had been nourished in 6,000 debates with citizens throughout France, a method she has called "participative democracy."

It always amuses me how the Socialists love to use buzz words to disguise what they're proposing. "Participative democracy." Don't make me laugh.

She also said she would pursue a "solid partnership" with the United States, but accused Washington of sometimes being carried away by its size and power.

"Size has nothing to do with principles," she said. Being less powerful "is never a reason to be silent, we saw that with Iraq, where the voice of France was not heard."

(!?!) I'm sorry, could you speak into my good ear? I thought I just heard her say that France's voice was not heard in the Iraq War. Did the entire year of 2002 just get erased from the history books?

"She was good, much better than usual," said Marie-Pierre Grassineau, a 45- year-old social worker, who said she had feared Royal would disappoint in the face of inflated expectations. "At last the campaign can begin."

Indeed. It'll be interesting to compare her platform to that of our Democratic Socialist Party.
Posted by Jim Rose at 4:47 PM

GRRRRREAT post. you nailed this piece of shit, but good!

sarko should beat her handily.