IS THE IRAQ ARMY A SHIITE MILITIA? 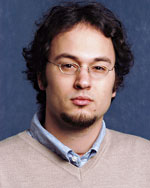 HOT AIR links to an article by TOM LASSETER and calls it a "RARE MUST READ!"

I read it. FUNNY: it reads just like and article Lasseter wrote in 2005.

Nearly all of Lasseter's reporting from Baghdad has been negative - for years, as if nothing has gone well. Things haven't been perfect, but progress has been made since 2005 - like writing a constitution and an having their first election, and getting their economy back. Kurdistan and the Shia south are largely pacified, too. There is only trouble in Anbar and Baghdad.
NOW... LOOK AT THIS GUY LASSETER: Does he look like someone who would report something if it was going well? NOT TO ME. He looks like an anti-war propagandist - one like Lara Logan and Robert Fisk - some one who wants to bad mouth Bush and the US military.
I'm disappointed that Allahpundit is giving this propagandist so much UMPH. I am glad that Bryan Preston puts it in perspective; (scroll down in the HOT AIR POST for his retort to Lasseter). *******UPDATE: MUST SEE VIDEO.

BOTTOM-LINE: Ultimately, we must neutralize Iran if we want Iraq to be peaceful. Until then, we have only two choices: gut it out, or surrender. I know which side the Leftie doves who control the Democrat Party are on - they will surrender the first chance they get. I HAD HOPED FOLKS LIKE THOSE AT "HOT AIR" COULD HANG IN THERE. The Astute Bloggers sure will.

And we don't think an Iraqi Army with a lot Shias is bad: they are the majority of Iraq, after all! And having an army which reflects the population as a whole is a good thing.
BTW: If the Iraq Army units in BAGHDAD are Shiite Militia dominated, WHY NOT JUST TRANSFER THEM TO ANBAR!? Let them do the dirty work there!
Posted by Reliapundit at 12:05 AM