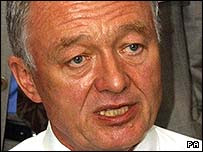 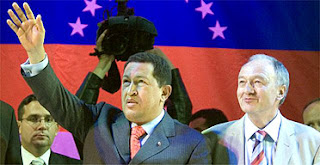 Ken Livingstone -- a committed socialist known locally as "Red Ken" -- met with Chavez last year at City Hall to discuss the deal to provide cheap oil to London in exchange for advice on urban planning in Caracas, the Venezuelan capital. 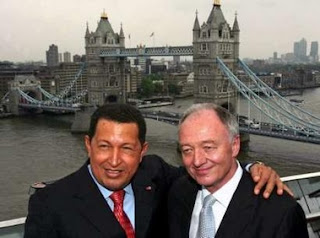 ESSENTIALLY, THE MAYOR OF LONDON IS SUCKING THE OIL OUT OF THE DERRICK OF VENEZUELA'S SOCIALIST DICTATOR WHO RULES BY DECREE. AND RED KEN HAS THE AUDACITY NOT JUST TO CRITICIZE BUSH, BUT TO ATTACK HIM; (MORE VICIOUS, IDIOTIC ATTACKS HERE).

WHAT AN EVIL LITTLE DERRICK-SUCKING PHONY.

BTW: PUTIN IS SELLING $3BILLION WORTH OF WEAPONS TO CHAVEZ. (TAB COVERED THIS SEVEN MONTHS AGO, TOO.)
Posted by Reliapundit at 11:17 PM

Of course, "Red Ken" loves Chavez. And I'm not surprised to see that Putin does as well.

In thinking about those who have buddied up with Chavez, Kennedy, the promoter of Citgo, also comes to mind.