Al Gore: Iraq War Is Worst Mistake In US History 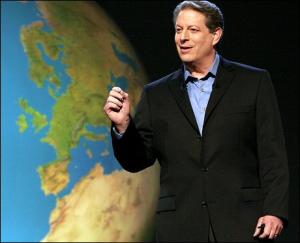 "The worst strategic mistake in the entire history of the United States."

1) Allowing slavery was the worst strategic mistake in the history of the United States.

Right? Oh yes, I'm sorry, my biggest strategic mistake here is actually expecting anything that come out of Gore' s mouth to make any logical sense. 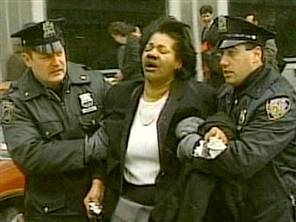 I think that the failure to remove Saddam in 1991 was a bigger mistake.

And also the lack of any meaningful response by Clinton/Gore to the 1993 WTC attack - (coincidentally on the anniversary of Saddam's signing of his surrender for the Gulf War to the USA). Also worse than the Iraq War: the lack of any meaningful response to the Khobar Towers attack; or the USS Cole attack; or the attack on our embassies in Africa; and our hasty retreat from Somalia - all lapses by Clinton/Gore. These lapses directly lead to 9/11 - at least according to Binladen

But the biggest USA foreign policy mistake of all time was Yalta; (I have a little more to say about Yalta in the comments - but what happened at Yalta - and why - is probably deserving of its own long, link-filled post).
Posted by Pastorius at 11:16 AM

the biggest mistake was made by fdr at yalta: he let stalin take half of weurope.

instead of listening to al;ger hiss - who organized the conferebce and tuens out to huyave been an agent of stalin's - fdr should have listened to churchill and kept stalin out of europe.

if we had, then all REPEAT ALL the problem we now face would never have occurred.

arafat was created by the kgb. the arms race would havenever occurred. the entire cold war would've never happened. the korean war wouldn;t have occurred. the vietnam war would have never happened. afghanistan wouldn;t have been invaded, and the mujahadeen never born - and the later taliban never born wither. we wouldn't have needed to coddle pakistan or an other nasty regimes anywhere. i could go pon.

this was a true HUGE blunder. fdr listened to his state department and his army - both riddled with soviet spies - and the conference was run by stalin's agent.

iraq was a noble cause. not an error. retreating will be the error.

I can see your point on Yalta. Thanks.