DEES DOES IT AGAIN: OBAMA IN AN EBOLA HAZMAT SUIT 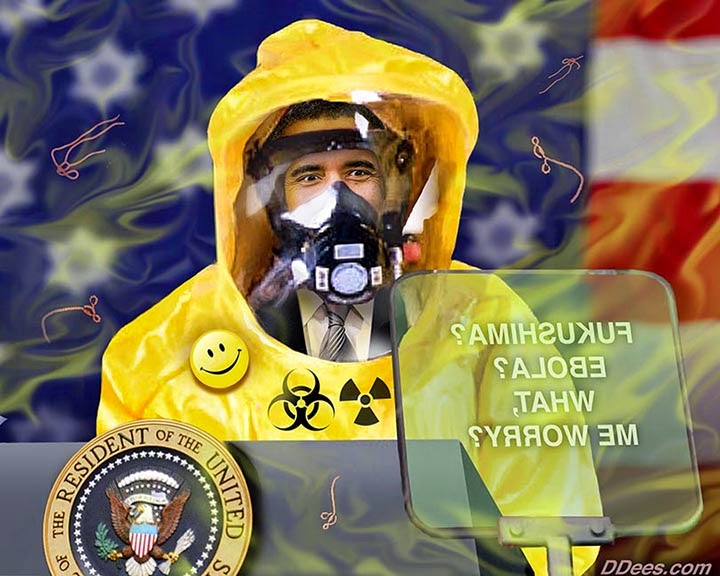 The Obama administration has quietly scrapped plans to enact sweeping new federal quarantine regulations that the Centers for Disease Control and Prevention touted four years ago as critical to protecting Americans from dangerous diseases spread by travelers.
The regulations, proposed in 2005 during the Bush administration amid fears of avian flu, would have given the federal government additional powers to detain sick airline passengers and those exposed to certain diseases. They also would have expanded requirements for airlines to report ill passengers to the CDC and mandated that airlines collect and maintain contact information for fliers in case they later needed to be traced as part of an investigation into an outbreak.
Airline and civil liberties groups, which had opposed the rules, praised their withdrawal.
The Air Transport Association had decried them as imposing “unprecedented” regulations on airlines at costs they couldn’t afford. “We think that the CDC was right to withdraw the proposed rule,” association spokeswoman Elizabeth Merida said Thursday.
Keep reading…