Michael Brown Bumrushing Policemen When He Was Shot? Next Stop for Media, "Why Do Our Young Black Males Feel They Have Nothing To Live For?" 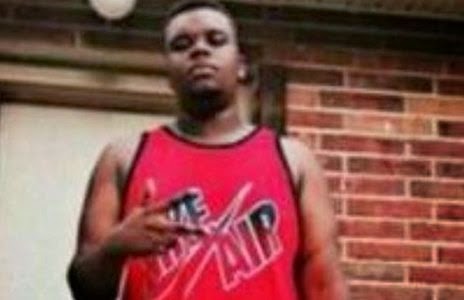 The evidence suggests Michael Brown was bumrushing the police when he was shot.

He was shot in the top of the head. In other words, he was likely running towards the policeman, with his head in a downward position, as football players do when the ball is hiked at the line of scrimmage.

This corresponds to what other witnesses have said.

If this is the truth, if Michael Brown was, indeed, bumrushing a policeman who had his gun drawn, the media will have nothing left in their arsenal.

When the media has nothing left in their arsenal, nothing more to accuse authorities of, the next step is for the media to ask, "Why do (such and such people) feel like such victims that they are forced to resort to (such and such tactics)?

The media does this with the Palestinians: "Why do they feel the need to do suicide bombings?"

The media does this with this with Jihadists in general: "Why do they feel the need to support ISIS?"

The media does this with any group of people, other than the white males the media likes to portray as the "power structure".

It's called "Looking for Root Causes".

Root causes are the justifications - the excuses - that the media gives for the wrong behavior of individuals and groups whom the media favors.

So the media will ask, "Why did Michael Brown bumrush the Police man? Why did he feel as if he had nothing to lose?"

And the excuse (Root Cause) will be, "Because he felt he had nothing to lose."

And "felt he had nothing to lose" will be attributed to "oppression".

And what is "oppression"?

It means a person like Michael Brown lives in a society where other people have more than people like him.

So the solution to "Oppression" is "Free Stuff".

"Free Stuff" means the tax man will take more of your money.

And in the case of Michael Brown, well, he is a symbol of Oppression. So, the answer will be, the "community" needs to be given more "Free Stuff", because they are the victims of "Oppression".

I think you're right about this. But first there will be a concerted attempt to make the fact that he was violently confronting the policeman go away.

And in fact, that's what they are doing.

Today his lawyers came out and said, the fact that he got shot in the top of his head means he was "complying".

The forensic evidence is important. It reminds me of the "snowball murder" case in Baltimore.

The Medical Examiner's opinion that the when hit, the dead thug was rushing at the elderly man who shot him, resulted in the shooter's acquittal.