VAMPIRES AND ZOMBIES VERSUS CHRIST

I'm a Jew. So, this post isn't about faith in Christianity or belief in Christian Scriptures. 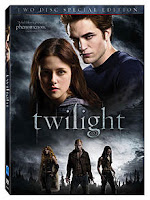 I just want to contrast two things which seem to be in vogue culturally now - at least in POP culture, that is:

contrasting VAMPIRES & ZOMBIES with one of the foundational creeds of our civilization, CHRISTIANITY. 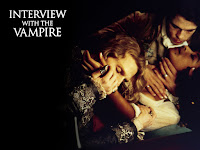 The fact that Christianity is under assault and vampires and zombies are in ascendancy seems to me to be connected.

I think it's related to the solipsistic nihilism which is so prevalent in our culture - primarily promulgated by postmodern left as part of their Gramscian Agenda.

Vampires and zombies are atheistic and nihilist versions of Christ - Nietzschean superhumans whose nihilism threatens and frightens mere mortals who are probably dumb believers.

CASE IN POINT: The last picture on the right might look like an OWS crowd, but it's actually some bizarre zombie-parade.

It matters not whether you believe in Christ or vampires or zombies for you to see which way our Pop culture has been steered by the atheistic postmodern leftists and chic degenerati who run Hollywood and the legacy media.

The deep long-lasting effects of this onslaught of nihilism on the younger generations cannot be good - unless you're a postmodernist seeking to annihilate Judeo-Christian Civilization.
Posted by Reliapundit at 10:31 PM

You'll be interested to know the Occupy Wall St. people really had a Zombie Day:

I do not disagree with your comments here in this post. However, I have another theory which I think could also be true at the same time.

I think Lefties are afraid to admit the truth to themselves, so they create metaphors in order to subliminally confront things. I believe Zombies and Vampires are symbols of Jihadism for those who are incapable of dealing with true confrontation.

Pastorius, I think I would distinguish between vampires and zombies. I agree that the fear of a zombie apocalypse is a displaced fear of jihad, but I think that the attraction to vampires does represent an attraction to the side of the anti-Christ. As the saying goes, if you don't believe in anything, you will believe anything.

they do not fear a zombie apocalypse; they identify with the zombies!

look at the photo