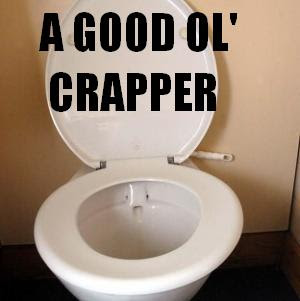 FURY has erupted after a shopping centre became the first in Britain to introduce Muslim-only toilets. The Middle Eastern-style squat holes, just a hole in the ground, are common in Asia. Two of the £200 “Nile pan” units have been put into the Exchange shopping centre in Rochdale, where one in five people is Asian.

The centre, home to around 70 shops, said it was simply catering for the needs of many of their local Asian customers. Rochdale is a town with a large Asian community and managers at the shopping complex regularly go on cultural awareness courses, according to the spokeswoman for the centre. During the last course bosses at the shops suggested the idea of hole in the ground type squat toilets to their Asian trainer on the course and there was an enthusiastic response, the spokeswoman said.

I SAY: WHEN WE CAN BUILD SYNAGOGUES AND CHURCHES IN SAUDI ARABIA, THEN THEY CAN BUILD MUSLIM CRAPPERS IN THE WEST. 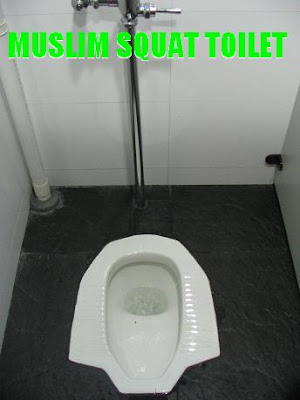 THESE SQUAT STYLE CRAPPERS ARE COMMON IN THE REAL ASIA, BUT CHINESE AND KOREANS AND JAPANESE NEVER AGITATED FOR THEM IN SAN FRANCISCO OR LITTLE KOREA.

ONLY THE MUSLIMS ARE SO AGGRESSIVE.

WHY ARE THEY THIS AGGRESSIVE?

IT'S THE KORANIC WAY; IT'S THE WAY THEY'VE ALWAYS BEEN' IT'S HOW ISLAM TOOK OVER MUCH OF THE WORLD: INTIMIDATION AND TERROR.

WE SHOULD NO MORE CHANGE OUR CRAPPERS THAN ALLOW THEM TO BUILD A MOSQUE AT GROUND ZERO.

LET THEM TAKE A CRAP THE WAY WE DO WHEN THEY'RE IN OUR COUNTRY.

LET THEM TAKE A CRAP THE WAY WE DO WHEN THEY'RE IN THE WEST.

ENOUGH IS ENOUGH!
Posted by Reliapundit at 7:54 PM