Barack Hussein Obama wants you to think he's a reincarnation of FDR and Abe, but he's really got more in common with Huey Long; WIKI:

Long created the Share Our Wealth program in 1934, with the motto "Every Man a King," proposing new socialist wealth redistribution measures in the form of a net asset tax on corporations and individuals to curb the poverty and crime resulting from the Great Depression. To stimulate the economy, Long advocated federal spending on public works, public education, old-age pensions and other social programs.

Charismatic and immensely popular for his social reform programs and willingness to take forceful action, Long was accused by his opponents of dictatorial tendencies for his near-total control of the state government.

... Long proposed federal legislation capping personal fortunes, income and inheritances. He used radio broadcasts and founded a national newspaper, the American Progress, to promote his ideas and accomplishments before a national audience. In 1934, he unveiled an economic plan he called Share Our Wealth. Long argued there was enough wealth in the country for every individual to enjoy a comfortable standard of living, but that it was unfairly concentrated in the hands of a few millionaire bankers, businessmen and industrialists.

The resulting funds would be used to guarantee every family a basic household grant of $5,000 and a minimum annual income of $2,000-3,000 (or one-third the average family income). Long supplemented his plan with proposals for free primary and college education, old-age pensions, veterans' benefits, federal assistance to farmers, public works projects, and limiting the work week to thirty hours.

Denying that his program was socialistic, Long stated that his ideological inspiration for the plan came not from Karl Marx but from the Bible and the Declaration of Independence. “Communism? Hell no!” he said, “This plan is the only defense this country’s got against communism.”[citation needed] In 1934, Long held a public debate with Norman Thomas, the leader of the Socialist Party of America, on the merits of Share Our Wealth versus socialism.

Long believed that only a radical restructuring of the national economy and elimination of disparities of wealth, while retaining the essential features of the capitalist system, would end the Great Depression and stave off violent revolution. 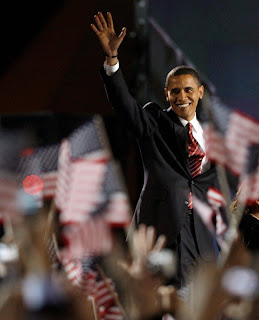 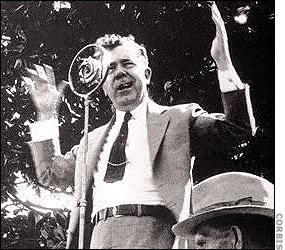