NUKES AND MIDGET SUBS: HOW AND WHERE IRAN MIGHT USE THEIR NUKES 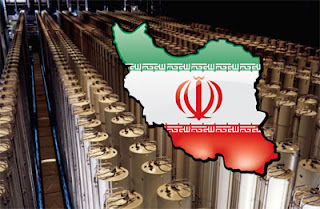 First: it's gotta be obvious to anyone with an IQ that Iran is only interested in enriching uranium to make bombs.

NEED PROOF: As the Guardian asked last week, why rush to enrich uranium for peaceful uses when the nuclear power plant they're building isn't finished and can't used what they're making? And why did they keep it secret and lie about for all those years? And why have they been running it NONSTOP on a blitz to produce enriched uranium? QUOTE:

For the time being, the wires are back in place at Isfahan, along with two IAEA cameras that stare down from high perches on either side. But the degree of international control is tenuous at best.

The very fact that the machinery is humming at Isfahan puts Iran in contravention of UN security council resolutions, calling for all work related to uranium enrichment to be suspended…

There is another huge question mark hanging over Isfahan and Natanz: why is the government in such a rush to enrich fuel, when it has no nuclear power plants in which to use it? 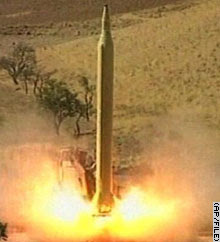 WELL: HOW WILL THEY USE THEM?

I would guess that they WON'T load them on missiles and launch them at anyone. 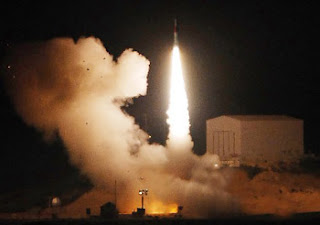 WHY? Because, the missiles could be intercepted.

And because missiles are TRACEABLE. A missile is - after all - QUITE LITERALLY A HUGE SMOKING GUN! And that will invite a massive retaliatory nuclear strike against Iran - at the very least.

So, to avoid that mess, the mullahs MIGHT dispatch the nukes via a islam-ikaze jihado-terrorist. They maintain deniability that way. 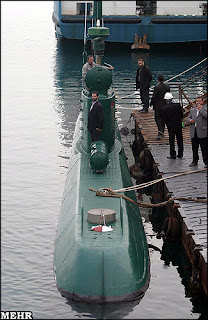 Perhaps in a suicidal-submarine attack against a major port - (Norfolk, New York, LA, Haifa). They have subs. MIDGET SUBS.
I think they would love to sneak a nuke inside of Israel. Right now, the Iranians are looking for Hebrew speakers; they claim to do propaganda. But I think they need them in order to get inside of Israel: I think they might want these Hebrew speakers to smuggle a nuke into Israel piece by piece, and build it there. And sneak in the uranium in via the sea - in a midget sub. Perhaps they'd do this during a major Hizballah and Hamas attack - an attack staged as a diversion.
Just a guess. Just gaming it. Just a scenario.


Update/other scenarios - 8/2/07: (1) Iranians could also try to attach a submersible nuke to a commercial ocean liner heading for a major port.

Or (2) they might have 19 jihadis take an ocean cruise from NYC to the Caribbean. All they'd take aboard in NYC (where there's ample security) would be the non-radioactive parts for a nuke. They'd get the radioactive parts and the trigger - (disguised as some silly tourist crap) - at one of the island stops, and smuggle back on board down there - where there's next to no security. They'd blow it up upon their return.

IT'S JUST SCENARIO... but I wonder how we'd stop either of these operations?
Posted by Reliapundit at 8:26 PM

Well, that's just dandy.
And we still pander to them by allowing them to continue.

ABC News is reporting that three men were pulled out of a submersible device in the East River, on the Brooklyn Side, earlier today.

Are you psychic! :)
I think someone just mentioned this:

A Submarine? A Diving Capsule? What Was It Doing in NYC River?

Authorities are questioning three men after pulling them from a submersible vessel in the East River in Brooklyn, N.Y., according to reports from ABC affiliate WABC.

The men were captured near the Brooklyn Cruise Terminal in downtown Brooklyn, near the massive cruise ship the Queen Mary 2, just after 11 a.m.

The intent of the three men being held by police remains unclear, but the initial indication is that it did not appear to be terror-related. They have not been identified by police and no charges have been filed.

Submarine are now in the yacht category. All you need to get one is money.

They are still under arrest though. It was a weird sub, like the old Da Vinci drawings... I would be interested in the background of the defendants.

Didn't a mini sub just show up in NYC? No word on their nationality yet. Surprise surprise.