OBAMA IS THE UNDERDOG 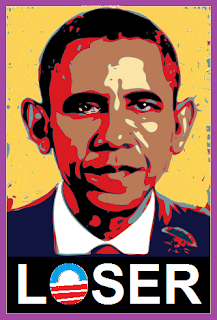 Obviously, four months from now things could be very different. It all depends on the news and the campaigns. After all, the outlook has already changed twice within the past year, so another change (or even two) is possible.

But that fact doesn’t alter the current trendline. And it shouldn’t obscure the reality that the later in the year it gets, the greater the pressure to change the narrative for the underdog and the more urgent the needed change.

So, the burden is now on the president and his strategists to produce evidence that a recovery is under way or, more likely, to change the way voters are going to evaluate the candidates during the next four and a half months.

It is simply not enough for the president and his advisers to blame former President George W. Bush for the nation’s economic problems.

Polls do show that voters believe Obama inherited a mess, and that’s why they gave him the benefit of the doubt for so long.
But when voters show up at the polls in November they will not see Bush’s name on the ballot, and they will not be asked who is responsible for getting the economy into a ditch. Instead, they will be voting on whether Obama has started to turn things around and whether he is the man to finish the job over the next four years.

While most polls don’t yet show the president trailing in his bid for a second term, polling is often a lagging indicator. National and swing state survey data demonstrate a slow but steady erosion in Obama’s numbers, including in hypothetical ballot tests, and that deterioration is likely to continue if more bad news comes along.