Ike in his farewell speech warned of the military-industrial complex:


Originally the speech was more specific: he warned of the military-industrial-Congressional complex - and Congress buying crap the military didn't need.

What we have now are three other complexes:
And each part of each complex works together, helping each other/their common interest.

Over the course of the last 50 years of the so-called "War on Poverty" trillions have been spent with hardly any positive effect. To some degree, the effort was reformed during the Clinton years, but Obama has largely reversed that.

Scott Walker may have successfully taken on the government worker's union, but they have just taken complete control of NYC - a prize that is probably more lucrative for the unions.

The Green Economy is another example of crony socialism. CHICKS ON THE RIGHT:


The Weekly Standard recently interviewed MIT climate scientist Richard Lindzen, and the entire column is great if you want to check it out, but there was one paragraph that stood out to me above all the rest. It explains exactly why climate scientists with uber-impressive resumes have so many people alarmed about man-made global climate change:


If Lindzen is right about this and global warming is nothing to worry about, why do so many climate scientists, many with résumés just as impressive as his, preach imminent doom? He says it mostly comes down to the money—to the incentive structure of academic research funded by government grants. Almost all funding for climate research comes from the government, which, he says, makes scientists essentially vassals of the state. And generating fear, Lindzen contends, is now the best way to ensure that policymakers keep the spigot open.

That's it. Plain and simple.

IOW: If you want a government grant you don't apply for a study that will prove we should weaken govt-green economy complex.

Or what I call the machine. OBAMA GAVE SOLYNDRA MORE THAN $500 MILLION. WHAT DID WE GET FOR IT? ABSOFRICKINLUTELY NUTHIN. 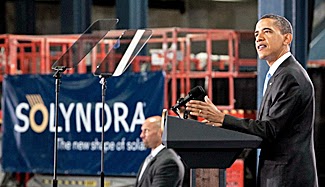 CHRIS TURNEY - THE LEADER OF THE ANTARCTIC MISSION THAT GOT STUVK IN THE ICE HAS A WEBSITE WHICH PERFECTLY ILLUSTRATES HOW THE PSEUDO-SCIENCE OF ANTHROPOGENIC CLIMATE CHANGE SERVES THE INTERESTS OF THIS COMPLEX - (AND CONFLICTS WITH THE PUBLIC INTEREST):


I am an Australian Research Council Laureate Fellow and Professor of Climate Change at the University of University of New South Wales where my team and I are focussing our efforts on using the past to better understand the changes we are seeing today. To do something positive about climate change, I helped set up a carbon refining company called Carbonscape which has developed technology to fix carbon from the atmosphere and make a host of green bi-products, helping reduce greenhouse gas levels.

These 4 complexes are why I am now a small government libertarian: the smaller government is, the less they can steal.

The less they can waste.

The less power they have to screw things up.