Do Breitbart and Politkovskaya have something in common? 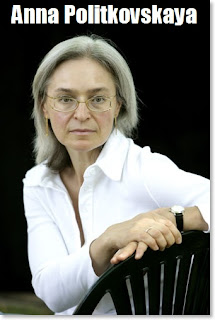 The assassination of Anna Politkovskaya (born in 1958), the Russian journalist, writer and human rights activist, took place on Saturday, 7 October 2006. She was well known for her opposition to the Chechen conflict and criticism of Russian President Vladimir Putin.[1][2]

She authored several books about the Chechen wars, as well as Putin's Russia, and received numerous prestigious international awards for her work.

Her murder, which occurred on Vladimir Putin's birthday, was widely perceived as a contract killing, sparking a strong international reaction.

SOME SAY PUTIN HAD HER MURDERED, AN THAT HE HAS MANY OTHERS MURDERED, TOO. 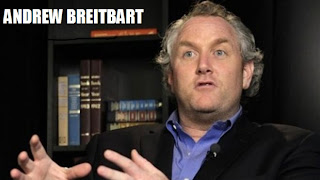 THIS MAKES ME A LITTLE SUSPICIOUS.

It is perfectly credible: Obysmal is utterly ruthless,admires Putin and is a confirmed and dedicated marxist communist:(you may know this post and video)
http://anonymouspoliticalscientist.blogspot.co.uk/2010/02/young-obama-as-charismatic-marxist.html