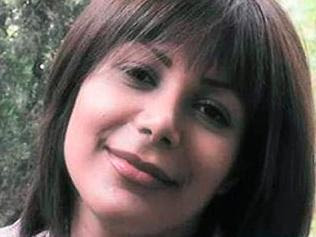 THE young woman killed during the June election protests in Tehran was an agent for the United States and Britain who faked her own death, says a documentary made by Iran state television.

Neda Agha Soltan, 27, became a symbol of Iranian democratic resistance when her death was filmed on a mobile phone and then posted on YouTube, where it was watched by millions of people.

It was then broadcast around the world by news organisations.

Yet a documentary shown on Iranian state TV claims she wasn’t dying, but had simply poured blood on her face from a hidden bottle, reports Radio Free Europe/Radio Liberty, a group of journalists who cover 20 countries where a free press is banned or not established.

The documentary later claims the “deceived and deceitful” Neda was shot dead on the way to hospital and that she was the victim of a plot by foreigners and Opposition supporters, including the doctor, Arash Hejazi, who treated her in the street.

"While Neda is (pretending) she is injured and is lying on the back seat of the car on their lap, they bring out a handgun from their pockets," the documentary's narrator says.

"A handgun that they obtained from their Western and Iranian friends to water the tree of reforms and kill people and create divisions within society. 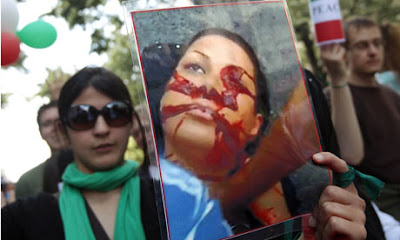 THESE ISLAMOTHUGS FIRST MADE THIS OUTRAGEOUS DEFENSE IN JULY.

THAT THEY HAVE NO MADE A DOCUMENTARY ABOUT IT PROVES ONCE AGAIN THAT THE HAVE NO SHAME AND THEIR EVIL HAS NO BOUNDS.

AS TONY BLAIR SAID RIGHT AFTER 9/11: THESE PEOPLE ARE LIMITED ONLY BY THEIR MEANS, NOT BY ANYTHING ELSE.

IT'S A SIN THAT THEY GO UNPUNISHED BY THE WEST.

ITS' A SIN THAT WE ARE DOING SO LITTLE TO HELP THE BRAVE PERSIAN PEOPLE.

Posted by Reliapundit at 9:03 PM