SENATOR CORNYN SHOULD GET SOMEONE IN THE GOP HOUSE DELEGATION TO DEMAND IMPEACHMENT PROCEEDINGS:

HOUSTON - Special teams of Texas Rangers will be deployed to the Texas-Mexico border to deal with increasing violence because the federal government has failed to address growing problems there, Gov. Rick said Thursday.

"It is an expansive effort with the Rangers playing a more high-profile role than they've ever played before," Perry said of the Department of Public Safety's elite investigative unit.

The forces, dubbed "Ranger " teams, are the latest effort "to fill the gap that's been left by the federal government's ongoing failure to adequately secure our international border with Mexico," he said.

We first blogged this way back in March: 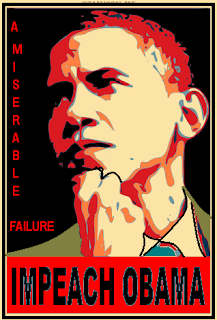 OBAMA IS NOT FULFILLING THE OATH OF OFFICE TO UPHOLD AND DEFEND THE CONSTITUTION, SPECIFICALLY...

Article IV, Section 4: The United States shall guarantee to every State in this Union a Republican Form of Government, and shall protect each of them against Invasion; and on Application of the Legislature, or of the Executive (when the Legislature cannot be convened) against domestic Violence.

TEXAS GOVERNOR PERRY REQUESTED FEDERAL TROOPS TO PATROL THE INTERNATIONAL BORDER BETWEEN THE USA AND MEXICO IN TEXAS AND OBAMA REFUSED - A VIOLATION; (IN THIS CLAUSE, THE WORD "SHALL" MEANS MUST).

We were right then; we are more right now!

Obama's meager face-saving efforts weren't up to the job.

Obama has failed to fulfill the duties of his office.

SENATOR CORNYN SHOULD GET SOMEONE IN THE GOP HOUSE DELEGATION TO DEMAND IMPEACHMENT PROCEEDINGS AT ONCE!
Posted by Reliapundit at 10:44 PM