WHAT IF OBAMA HIRED A MAN LIKE BILL AYERS OR JEREMIAH WRIGHT AND BROUGHT HIM INSIDE THE WHITE HOUSE? HE HAS! 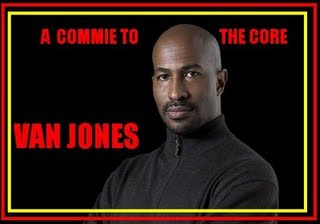 VAN JONES IS THE GREEN JOBS CZAR - APPOINTED AS A CZAR IN ORDER TO AVOID BACKGROUND CHECKS AND CONFIRMATION HEARINGS.

THIS ARTICLE EXPLAINS WHO HE REALLY IS:

Standing Together to Organize a Revolutionary Movement (STORM), the revolutionary group formed by self-described "communist" and "rowdy black nationalist" Van Jones, held a vigil in Oakland, California, "mourning the victims of U.S. imperialism around the world" on the night after Sept. 11, 2001.

The reason this is important is because Van Jones is now President Obama's green jobs czar. He does not appear to have distanced himself from his past communist activities and is now part of the Obama administration's push to turn Sept. 11 into a National Day of Service focused on the promotion of the radical environmentalist agenda.

The vigil was reported by World Net Daily which excerpted parts of a history of the now-disbanded group.

Apparently, after the WND article was posted online, the website on which the original document was posted was overwhelmed by visitors and unavailable. I found the article in the "Way Back Machine" website (web.archive.org), an archival resource. The 2004 document, called "Reclaiming Revolution: history, summation & lessons from the work of Standing Together to Organize a Revolutionary Movement (STORM)," may be found on the archival site here. (In case that becomes unavailable, the document "Reclaiming Revolution" is available at the link embedded in this sentence.)

"Anti-Arab hostility is already reaching a fever pitch as pundits and common people alike rush to judgment that an Arab group is responsible for this tragedy," said Van Jones, national executive director of the Ella Baker Center for Human Rights. "We fear that an atmosphere is being created that will result in official and street violence against Arab men, women and children."

That night, STORM and the other movement leaders expressed sadness and anger at the deaths of innocent working class people. We were angry, first and foremost, with the U.S. government, whose worldwide aggression had engendered such hate across the globe that working class people were not safe at home. We honored those who had lost their lives in the attack -- and those who would surely lose their lives in subsequent U.S. attacks overseas.

HOW CAN A MAN LIKE THIS SERVE OUR NATION IN THE WHITE HOUSE?!?

WHAT KIND OF PRESIDENT BRINGS A MAN LIKE THIS INTO THE WHITE HOUSE?! 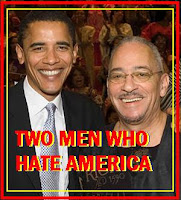 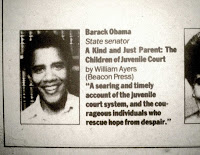 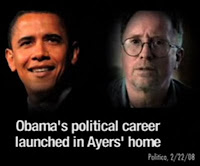 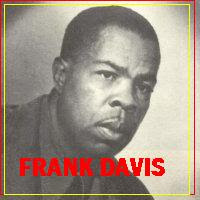 THIS PROVES OBAMA HAS MORE IN COMMON WITH THEM - AND FRANK MARSHALL DAVIS - THAN ANYONE IN HIS OFFICIAL CABINET - THE ONE CONFIRMED BY CONGRESS.


OBAMA'S PRESIDENCY IS A GRAVE AND SERIOUS THREAT TO THE FREE WORLD.

MORE HERE FROM DD AND AP.
Posted by Reliapundit at 9:02 AM