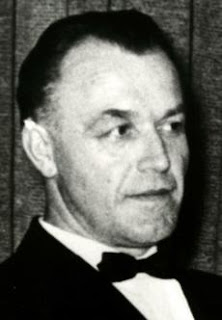 Aribert Ferdinand Heim, also known as the Doctor Death of the Buchenwald, Sachsenhausen and Mauthausen concentration camps was reportedly living in Cairo, as a convert to Islam until his death in 1992. For the past 4o years it was assumed Heim was hiding in Latin America. His 53 year old son, Rüdiger Heim, was present when he died. What does the conversion of this War Criminal to Islam, and his subsequent life as a fugitive from justice, tell us of Nazi and Islamic ideology? What does this story tell us of the Egyptian bureaucracy?
Posted by northern seer at 3:56 AM