Democratic presidential candidate Barack Obama sought to score a quick post-debate advantage Saturday by traveling to two Republican-leaning states and accusing GOP rival John McCain of being out of touch with middle-class Americans.

''We talked about the economy for 40 minutes and not once did Sen. McCain talk about the struggles middle-class families are having,'' Obama told more than 26,000 people who stood out in the rain with him on the campus of the University of Mary Washington.

... The Illinois senator repeatedly took McCain to task for not talking about any plans for helping the middle class in the midst of the country's financial and fiscal crisis.''Through 90 minutes of debate, John McCain had a lot to say about me, but he didn't have anything to say about you,'' Obama told the cheering 20,000-plus crowd at the J. Douglas Galyon Depot in downtown Greensboro. ''He didn't even say the words 'middle class.'

... Obama adviser David Plouffe told reporters the Democrat ''spoke really to people in their homes about needing a president who is going to fight for the middle class, who is going to work on things like education and health care.''

HOW DOES OBAMA REALLY FEEL ABOUT THE MIDDLE CLASS? 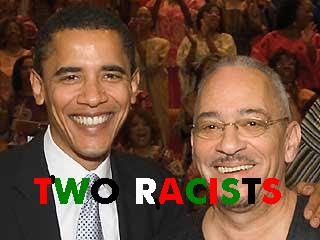 THIS IS WHAT THE CHURCH HE BELONGED TO FOR TWENTY YEARS SAYS ABOUT THE MIDDLE CLASS:

8. Disavowal of the Pursuit of “Middleclassness”