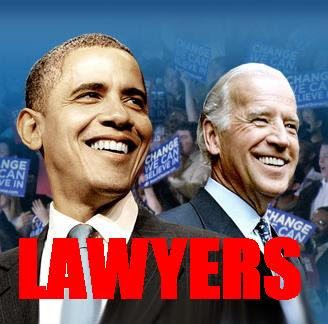 " The first thing we do, let's kill all the lawyers."

But I know where Shakespeare's coming from.

Here's the real solution: We just have to STOP putting them into office!

Q. What's the difference between a lawyer and a vampire?
A. A vampire only sucks blood at night.

Q: What's the difference between a lawyer and a vulture?
A: Lawyers accumulate frequent flyer points.

Q: What's the problem with lawyer jokes?
A: Lawyer's don't think they're funny, and no one else thinks they're jokes.

Remember: Hillary and Edwards are lawyers, too. 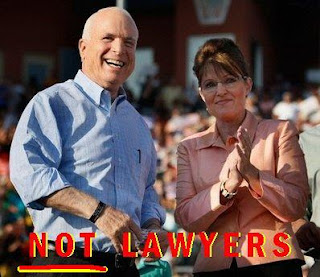 But Neither McCain or Palin is a lawyer.
VOTE ACCORDINGLY.

[P.S.: WHICH CANDIDATES HAVE REAL SMILES, AND WHOSE ARE FAKE?]

Posted by Reliapundit at 8:07 AM