ON OBAMA'S BIG BAD MOUTH: THE DIFFERENCE BETWEEN MISSPEAKING, LYING AND LYING BIG - AND BADLY 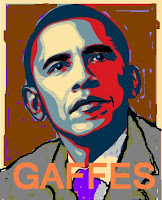 "Well let me be absolutely clear. Israel is a strong friend of Israel's." 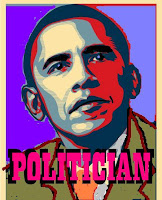 "I never did anything on behalf of Rezko."


THIS IS LYING BIG - AND BADLY: 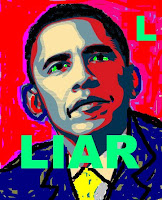 [OBAMA:] Now, in terms of knowing my commitments, you don't have to just look at my words, you can look at my deeds. Just this past week, we passed out of the U.S. Senate Banking Committee, which is my committee, a bill to call for divestment from Iran, as a way of ratcheting up the pressure to ensure that they don't obtain a nuclear weapon.

But Obama is not a member of the Senate Banking, Housing and Urban Affairs Committee. Obama just made that up so he could count the committee's action as one of "my deeds."

Only an egomaniac could lie so baldly in front of so many people. An egomaniac who knows he is untrustworthy, who knows his deeds and accomplishments are not up to snuff.
BWAAHAHAHAHAHAHAHA!

Now of this will matter for the ardent Obama supporter for there is a requirement of suspension of disbelief to support him.

I BASICALLY AGREE DW, BUT IF WE KEEP HAMMERING AWAY AT THEM WE CAN WEAR THEM DOWN, DISCOURAGE THEM., MANY WILL STAY HOME. OR VOTE MCCAIN BUT TELL NOBODY.

OBAMA'S LACK OF HONESTY, HIS GAFFE'S HIS TIES TO REZKO/CHICAGO WILL TURN MANY OFF - IF WE KEEP HAMMERING THEM ON THESE POINTS.

WE WILL NOT DISCOURAGE THE WAVERING DEMS BY EXPOSING OBAMA'S LEFTIST AGENDA.

THANKS FOR YOUR INPUT.