MARK SHIELDS: OBAMA IS A LIAR, A HYPOCRITE AND/OR A PHONY 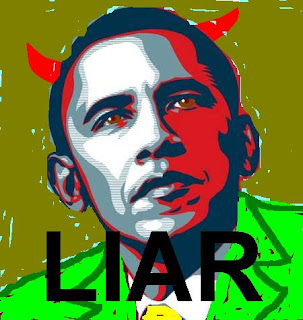 Mark Shields didn’t mince words on PBS about Barack Obama’s decision to opt out of public financing. Appearing as the progressive balance with David Brooks on Judy Woodruff’s show, Shields ripped into Obama, calling him unprincipled and suggesting that his latest video message painted him as a “hostage” who couldn’t pass a polygraph:

It was a flip-flop of epic proportions. It was one that he could not rationalize or justify. His video was unconvincing. He looked like someone who was being kept as a hostage somewhere he was so absolutely unconvincing in it. It could not have passed a polygraph test.

TO GAIN AND HOLD TRACTION - AND TO FEED HIS ENORMOUS AMBITION, OBAMA HAS CONTINUOUSLY ABANDONED HIS LONGTIME FRIENDS, ALLIES, AND PRINCIPLES.

HE IS NOT TRUSTWORTHY.

Another Obama Lie in his first general election add:

"So Obama's new ad, the first of the general election, "cites Public Law 110-181 when he talks about his efforts to extend 'health care for wounded troops who'd been neglected.'" The problem? Obama never showed up to the vote. He was actually too busy campaigning to make it back to Washington to vote for the bill, but wants the American people to think he deserves the credit.

Wow, that is true audacity.

I guess it's audacious of him to hope the American people will vote him President when he keeps Changing his policies and opinions like that.