How about an energy bill with "energy" in it? 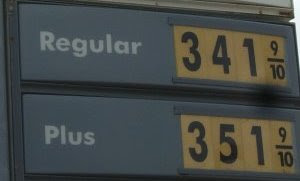 We want an energy bill that has energy in it... Gasoline prices are an average 85¢/gal higher since the Democrats took control of Congress in January. Markets react to what they think Congress will do. Every proposal the Democrats put on the table reduces energy supplies instead of increasing them.

Joe Barton (R-TX), the Energy and Commerce Committee's ranking minority member, said yesterday that the energy bill which the House passed in August took 2 trillion barrels of shale oil off the table by rolling back EPACT provisions. 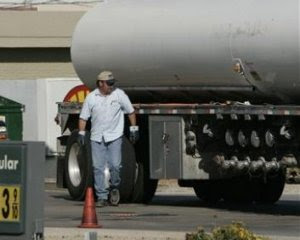 He also suggested that if Democrats really wanted to reduce oil prices, they would insert language to allow Alaska National Wildlife Refuge leasing and an inventory of US Outer Continental Shelf deposits.

If ANWR had gone on line 10 years ago, it would have been producing 3 million b/d by now. If an OCS inventory had been conducted and prospects drilled, that would have given us another 1 million or 2 million b/d, and oil prices wouldn't be approaching $100/bbl... If the Democrats want an energy bill, we'll help them. If they simply want higher prices to discourage consumption, they're already getting that. 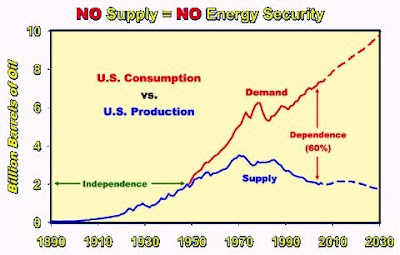 Democrats appear to be living in some sort of dream world. U.S. oil consumption greatly exceeds domestic production. This gap will only increase, even as alternative sources of fuel (such as ethanol and other biofuels) come on-line. 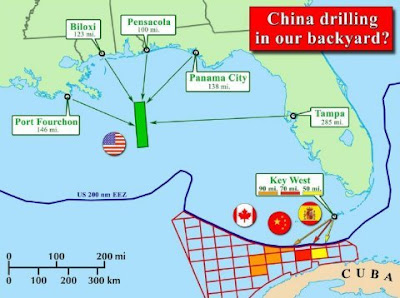 Meanwhile, Cuba is permitting foreign countries to drill in the Gulf within 50 miles of Florida. That's right, countries such as China are already drilling -- without our permission -- within spitting-distance of the U.S. Do the Democrats care? 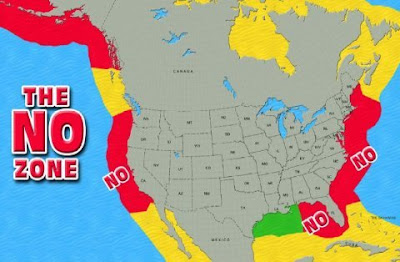 No. The Democrats have vowed to suppress oil exploration in the areas marked "No." That's "The No Zone", where promising reserves go untapped, even while China drains oil from the Gulf of Mexico. 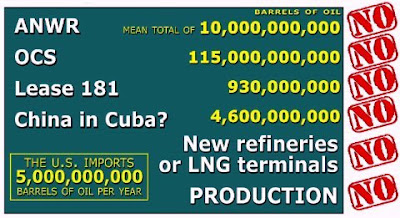 Drilling in the Alaska National Wildlife Refuge (ANWR)? To give you a sense of scale, if ANWR occupied the area of a football field, the requested exploration region is the size of a postage stamp. But, no - the Democrats oppose tapping a tiny scrap of land in ANWR. New refineries? Of course not. The Democrats oppose those, too.

Democrats say they want oil independence and instead force Americans to become more dependent upon foreign oil each and every day.

Preposterous? Ludicrous? Of course. It's just business as usual with the current Democratic leadership. Sometimes I think the only thing keeping the Earth aligned on its axis is the gyroscopic energy of FDR, Truman and JFK spinning in their graves.

Every time you visit the gas pump, I want you to remember your crack Democratic leadership team that prevents energy exploration here in the US.

Hat tips: Gateway Pundit and Larwyn. Cross-posted at Doug Ross @ Journal.
Posted by directorblue at 8:01 AM

Gasoline prices are an average 85¢/gal higher since the Democrats took control of Congress in January.

Just out of curiosity, what's the per-gallon rise in price from January '01 - December '05? Wouldn't want others to think you were cherry-picking data.