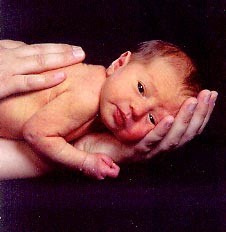 A HUGE VICTORY FOR THE PRO-LIFE MOVEMENT

The Supreme Court has ruled by a 5-4 margin to uphold the Partial Birth Abortion ban.

This is a brief description of the barbaric act:

"The procedure at issue involves partially removing the fetus intact from a woman's uterus, then crushing or cutting its skull to complete the abortion."

This is Ruth Bader Ginsburg's hysterical response to the decision:

Reminder:
Ruth Bader Ginsburg is the "type" of Supreme Court Justice a Hillary Clinton or a Barack Obama presidency would bring us. Think about that before rejecting whoever the Republican nominee ends up being for 2008.

Kudos to President George W. Bush for helping make this possible!! All the conservatives that have given him flack over various issues need to remember that without him signing this ban (that Bill Clinton previously vetoed) and without his 2 stellar appointees on the Court, this might not have happened today.

The same thing can be done by C section. Then the baby dies outside the womb. (I belive the only time this proceedure is used is when the "baby" has little likelyhood of surviving birth).

However, most doctors will not do natural child birth once a woman has had a C section.

So the woman involved will pay the cost and the rest of us can hold our superior moral heads high.

Morality is always cheaper when some one else pays.

My mate still complains about her C section pains 24 years on.

M. Simon:
I'm not understanding what you're trying to say.