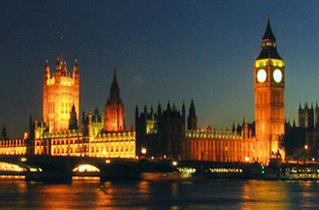 As bad as the big, bad "civil war" in Iraq is, more people want to get the hell out of London to secure their future, than want to leave Baghdad:

Four out of five youngsters believe people should be able to live in any country they choose, a BBC global survey of 15 to 17-year-olds suggests.

The proportion of respondents that would emigrate to secure a better future was highest in Nairobi (81%) and Delhi (81%). In Baghdad, 50% of the sample said they would not emigrate - the biggest negative response of all 10 cities.

Go read the rest over at A Western Heart.
This is more proof that Multiculturalism is an unmitigated disaster. Things are so bad in London that even London Telegraph is admitting that whites are leaving only to be replaced by more immigrants which is leading to, in their words, "extreme segregation." 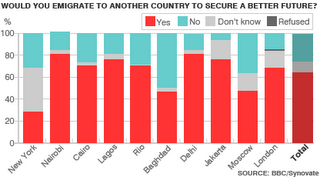 Relipaundit adds: Great get Pastorius. I only differ with the Telegraph's conclusion: It is not "leading" to segregation; IT IS SURRENDERING. If they won't stay and fight for their land, their nation and their culture, then - for all intents and purposes - they are surrendering. The sad thing is, IMHO, that unless and until they abandon ALL the false ideas and false values which comprise post-modernism (collectivism, self-hatred of the West and captialism, multi-culturalism, moral and cultural relativism) they cannot ever feel as if there is anything WORTH FIGHTING FOR.

Post modernism destroyed their will to procreate and their will to transmit their culture to future generations. Without post modernism the islamist settlers wouldn't stand a chance of becoming the dominant culture. Post modernism put Western Civilization and Judeo-Christian culture in Europe into its death throes; islamism will likely kill it. Sadly.

[NOTE: the photo - like the post - shows the sun setting on the British Empire... RIGHT THERE AT WHAT USED TO BE CALLED HOME!]
Posted by Pastorius at 7:03 PM

White flight is a colloquial term for the demographic trend of white people, generally but not always upper and middle class, moving from increasingly and predominantly non-white areas, often from urban cores to nearby suburbs or even to new locales entirely. In areas of some of the largest cities in the United States, however, the trend reversed itself in the 1990s to a limited extent (see gentrification). It is often humorously noted that the opposite of "white flight" is "black attack."

The effects of white flight have been significant in the cities affected by this phenomenon, especially in Detroit, Memphis, St. Louis, Milwaukee and New Orleans, all of which lost more than half of their white populations due to white flight. In New York City many white people moved from parts of the Bronx and Brooklyn to Staten Island, suburban Long Island, suburban New Jersey, and Westchester and Rockland Counties.

Other U.S. cities that have been noticeably affected by white flight include Philadelphia, Atlanta, Miami, Cleveland, Boston, Hartford, the West and South Sides of Chicago, the Greater Los Angeles Area (in inner suburbs such as Compton and Inglewood in the mid-20th century and in many other places since then - see "White flight in Southern California" below), Washington, D.C., Baltimore, Newark, New Jersey, and numerous smaller cities.

whats happening in places like London and Bradford is nothing new.Maybe you don't know the history of the USA's urban areas.