It would be nice if leftists abhorred images of Che and of the hammer & sickle and red star as much as they abhor the confederacy's flag...

Lincoln is one of my heroes.

The rebels seceded to save the horror of slavery - and that they got what they deserved.

But the confederate flag is no worse than images of Che and the red star and the hammer & sickle. 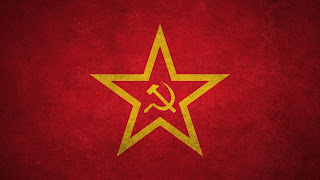 Which don't seem to bother socialists or liberals one bit, but which I feel are as bad as the swastika - which, like the hammer & sickle - is a symbol of socialism. Ditto the fascia used by Mussolini and on every single Roosevelt dime; (which is fitting: FDR was a socialist, too - like Hitler and Stalin and Mao, though not nearly as bad a socialist).

The selective outrage of the left against the confederate flag is not novel; selectivity is a primary feature of the left's style; they have no principles they will not selectively violate in order to advance their socialist agenda and the advancement of their machine's control of the economy and its ability to reward its factions and punish its enemies. 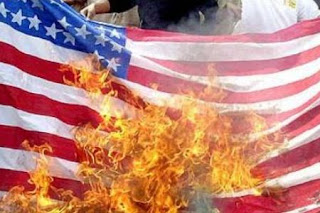 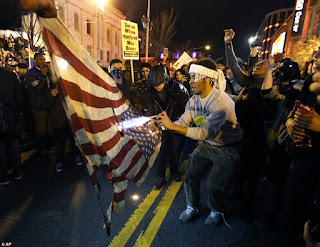 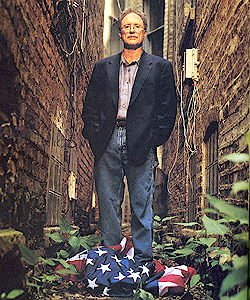 Outlawing the desecration of the USA flag would be bad and of course, unconstitutional.

If we really want to stop horrors like what happened in Charleston, then what we really need to do is stop the race-baiting - which stokes the flames on both extremes, and focus on ridding the streets of sociopathic psychos.

I blame Obama and Sharpton and Holder and 6 years of race-baiting - from Trayvon to Ferguson to Baltimore - for stoking the flames and making things worse than  they were in 2008.

It is no accident that the NBPP was watching the polls in Philly and committing voter intimidation in behalf of Obama and that Holder dropped the case against them as soon as he was sworn in.

Stoking the flames of racism was a key part of their playbook. And a classic Alinsky strategy.

Things really won't get better until Obama is gone, and then only if he is replaced by a GOP POTUS.

Sadly,  Obama and his comrades will do whatever they can between now and the next election to make the race war worse - as they think it helps them at the polls.

Obama has truly been the worst, most harmful and destructive POTUS of all-time.