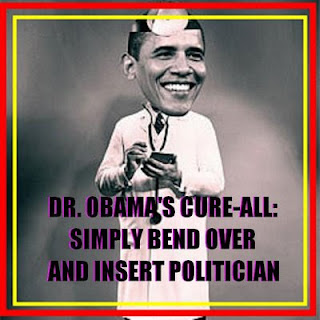 If the election were held today, 55 percent of physicians reported they would vote for Romney while just 36 percent support Obama, according to a survey released by Jackson & Coker, a division of Jackson Healthcare, the third largest health care staffing company in the United States.

THEY KNOW OBAMACARE IS A DISASTER. 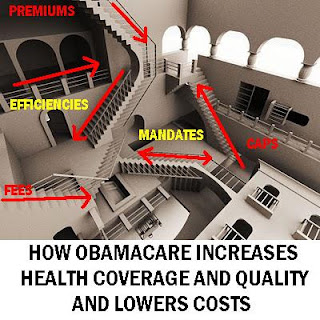 THERE'S ONLY ONE WAY TO STOP IT:

Medicare under Obamacare has made changes effective October 1. These changes are retroactive! FOR THE FIRST TIME EVER, MEDICARE IS DENYING THERAPY IN A HOSPITAL SETTING!

One of the changes, and it's a stunner: an $1880 ANNUAL cap on PT combined with ST and an ANNUAL $1880 cap on OT. One month of PT/ST and OT combined costs about $4000. I know this because Mr. AOW is getting therapy as of August. And our lives have improved so much!

Some seniors are discovering these changes right now. Signs are posted in every medical facility that Mr. AOW and I visited yesterday.

Now, I now that PT, ST, and OT can be abused and bilked. But there are lots of safeguards there, too. And should be strong safeguards.

These new caps are going to have a horrible consequence for many: they will be consigned to a nursing home, bankrupted (state seizes assets for Medicare), and warehoused when, in many cases, these individuals could stay at home! Some folks will try to go home without getting the proper therapy. And guess what? They'll land back in the hospital within a week! In those cases, the caps will end up costing the taxpayers even more.

Seniors who will vote for Obama because they fear the Ryan Plan are in for one helluva nasty end-of-life ride. And the transfer of wealth? Forget parents being able to pass on assets to their children!