France: Proposal To Make Immigrants Sign A "Declaration of Values" 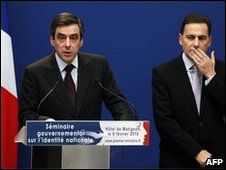 Newcomers to France will be made to sign a declaration of values as part of a new campaign to define national identity, France's Prime Minister says.

Francois Fillon announced the initiative after three months of public debates around the country.

Other measures include the flying of the French flag and the singing of the national anthem - La Marseilleise - at schools, to promote patriotism.

Mr Fillon said a new commission of experts - including MPs and historians - would be established to introduce rules aimed at cultivating pride in being French and promoting the values of the Republic.

"The emphasis will be put on the respect for the values of the republic… notably the principle of equality between men and women… and the level of knowledge of the French language," said Mr Fillon.

Under the scheme, newly arrived immigrants will have to undertake classes in French and gender equality, while new citizens will pledge to adhere to a list of French values at a solemn ceremony.

Other proposals include keeping a copy of France's 1789 declaration of rights in every classroom and introducing a young citizens' book in which students can record progress in their instruction in civic duties. 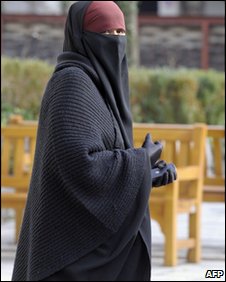 Opposition lawmakers said the whole debate merely acted as a distraction from France's fundamental problems, such as high unemployment, and was being used as a campaign ploy ahead of March's regional elections.

Polls showed many French people found the discussions were not constructive and President Nicolas Sarkozy, originally a keen supporter of the initiative, quickly began to distance himself from the debate, says the BBC's Emma Jane Kirby in Paris.

The promised grand presentation of the findings was downgraded to a low-key event, she says.

Many of the proposals were put forward by French Immigration Minister Eric Besson.

Monday's announcement came a week after Mr Besson refused to grant citizenship to a foreign national on the grounds that he forced his wife to wear the full Islamic veil.

It also recommended that anyone showing visible signs of "radical religious practice" should be refused residence cards and citizenship.

Often, challenges to our Western identity and sovereignty only serve to make us readdress our values. This process, ultimately, makes us stronger.

France is going through such a readdressing of values.

The United States is also readdressing it's values, because of the national dialogue created by the egregious aspects of the ObamaAdministration.

Britain will do so also readdress their values in the near future.

When this process is completed, the Jihadists will stand no chance against the West, because we are so far superior to them technologically and ideologically.
Posted by Pastorius at 10:53 AM