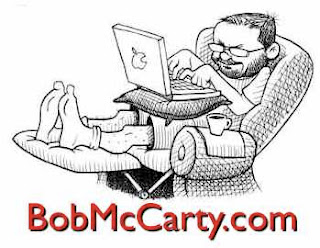 The mortgage crisis that sent a shock wave through Wall Street and panicked world financial markets with the Community Reinvestment Act signed into law in 1977 by President Jimmy Carter. The CRA was Carter’s answer to a grassroots activist movement started in Chicago (Jesse Jackson’s Rainbow Coalition), and forced banks to make loans to low income, high risk customers. PhD economist and former Texas Senator Phil Gramm called it “a vast extortion scheme against the nation’s banks.” It is no coincidence that Carter played the race card the same week in September 2009 that ACORN was under attack.

In 1991, Acorn took over the House Banking Committee room for two days to protest efforts to scale back the CRA [Note: Obama, by the way, represented ACORN in the Buycks-Roberson v. Citibank Fed. Sav. Bank, 1994 suit against redlining]. When banks don’t lend to pimps and prostitutes, Obama calls it red-lining. Most significant of all, ACORN was the driving force behind a 1995 regulatory revision pushed through by the Clinton Administration that greatly expanded the and laid the groundwork for the CRA/Fannie Mae/Freddie Mac-borne financial crisis we now confront [Note: Again, Obama was the attorney representing ACORN in this effort]. With this new authority, ACORN used its ACORN Housing subsidiary to promote subprime loans more aggressively and, as we now know, even to pimps and prostitutes.

Ironically, an enthusiastic Fannie Mae Foundation report singled out one paragon of nondiscriminatory lending, which worked with community activists and followed “the most flexible underwriting criteria permitted.” That lender’s $1 billion commitment to low-income loans in 1992 had grown to $80 billion by 1999 and $600 billion by early 2003.

Remember, it was Obama’s Chicago neighbor, the Rainbow Coalition run by Jesse Jackson, that forced private lenders to make risky loans. The lender that Fannie Mae was speaking of was Countrywide, which specialized in subprime lending and had a working relationship with ACORN, who was represented by Obama. When Congress voted to defund ACORN this week, Jesse Jackson Jr. voted against the majority opinion (i.e., to allow ACORN to continue to receive your tax dollars).