Is that an inflammatory enough headline for you? It reflects the latest developments in the McCain campaign. 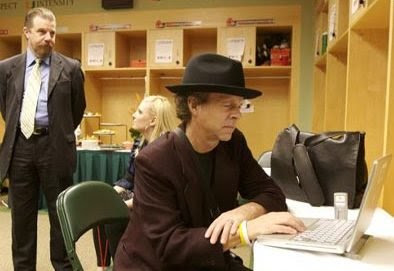 He is a former head of Mexico's Ministry for Mexicans Living in the United States. According to Michelle Malkin, who debated Hernandez on multiple occasions, Hernandez' mission was to tie repatriated Mexicans "emotionally, linguistically, politically to Mexico, because then they‘ll continue to send money home.” 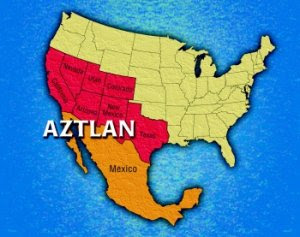 Hernandez refers to the so-called region of "Aztlan", the mythical southwestern portion of the United States that Chicano revolutionaries claim as their own.

Aztlan: an attempt to overthrow the United State government

Universities in the Southwest facilitate student participation in groups like MEChA. MEChA is one of several groups that intend to "reclaim Aztlán" (the outlined portion of the United States):

An article from the Aztlan Communications Network (2002) blames Hernandez' prior problems on the "Zionists" ("Fox extends Mexican Government into Aztlan"):

The new cabinet level agency replaces the "Office for Mexicans Living Abroad" that was headed by Juan Hernandez of Dallas, Texas. Mr. Hernandez was born in Texas but he obtained dual citizenship in Mexico under a recent law passed by the Mexican Congress. Mr. Juan Hernandez was ousted by Zionist Foreign Minister Jorge Gutman after he stepped on the mercurial secretary's toes...

Put simply, Juan Hernandez appears to be an open-borders revolutionary who is intent on overthrowing the U.S. Government. Furthermore, by dint of his Aztlan connections, he is linked with virulent antisemitic forces.

Please consider that if you intend to vote for John McCain.

Posted by directorblue at 10:53 PM

Thanks for the information.

This is scary, since McCain seems headed for the nomination.