Turning and turning in the widening gyre
The falcon cannot hear the falconer;
Things fall apart; the centre cannot hold;
Mere anarchy is loosed upon the world,
The blood-dimmed tide is loosed, and everywhere
The ceremony of innocence is drowned;
The best lack all conviction, while the worst
Are full of passionate intensity.
Egypt losing control of Sinai to Beduin'

... “The Sinai is already known as a lawless land,” a senior defense official said over the weekend. “There is real concern that if the Egyptians don’t get the Sinai back under their control, it could develop into a major threat to Israel.”

Israel, which has urged all its citizens to leave the Sinai immediately, is particularly concerned about the possibility that Hamas will take hold of parts of the peninsula and use it to launch attacks into Israel via the 240-kilometer long Israeli- Egyptian border, with an emphasis on Eilat.

There is also concern that without a real Egyptian security presence in the Sinai, Hamas will be able to increase the amount and quality of weaponry and explosives it smuggles into the Gaza Strip via Egypt.

THIS IS WHY IRAN AND HAMAS AND THE MUSLIM BROTHERHOOD SUPPORTED MUBARAK'S OUSTER.

I PREDICT THAT TO ACHIEVE THIS IRAN AND HAMAS AND THE MUSLIM BROTHERHOOD WILL SOON LAUNCH A SERIES OF ATTACKS ALL OVER EGYPT IN ORDER TOM DIVERT THE EGYPTIAN ARMY FROM THE SINAI AND ITS BORDER WITH GAZA AND ISRAEL.

AND WHEN THE ARMY COUNTER-ATTACKS, THEN HAMAS AND THE MUSLIM BROTHERHOOD AND IRAN WILL ACCUSE THE EGYPTIAN ARMY OF BEING TOO BRUTAL AND OF DEFENDING ISRAEL MORE THAN EGYPTIANS. 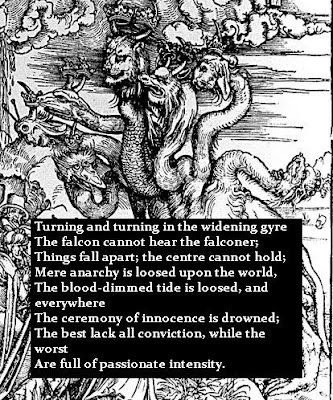 Posted by Reliapundit at 1:52 AM

God save and preserve Israel.