MORE AMERICAN JEWS WAKING UP ABOUT OBAMA AND HILLARY: THEY'RE ANTI-ZIONISTS 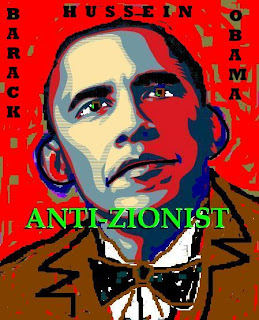 Zuckerman, Lawmakers, Local Jews Say Secretary Of State Not The Hillary Clinton They Used To Know

In a swift about face from her views as New York's senator, Secretary of State Hillary Clinton is now hammering Israel over its treatment of Palestinians in Gaza.

Since she was then seeking a Senate seat the resulting brouhaha caused her to "re-think" her positions.

"I'm a very strong supporter of Israel," Clinton said back in February 2000.

On Thursday, as Secretary of State she had yet another about face in the form of angry messages demanding Israel speed up aid to Gaza. Jewish leaders are furious.

"I am very surprised, frankly, at this statement from the United States government and from the secretary of state," said Mortimer Zuckerman, publisher of the New York Daily News and member of the NYC Jewish Community Relations Council.

"I liked her a lot more as a senator from New York," Assemblyman Dov Hikind, D-Brooklyn, said. "Now, I wonder as I used to wonder who the real Hillary Clinton is."

Clinton's decision to hammer Israel comes as the Clintons and President Barack Obama are planning to give the Palestinians $900 million toward the rebuilding of Gaza in the wake of the Israeli offensive that was sparked by Hamas rocket fire.

NO SURPRISE HERE:
SHE AND OBAMA ARE SCUM - ANTI-ISRAEL SCUM.

Well 78% of Jews voted for B. Hussein Obama, especially lots of them here in South Florida.

Don't feel bad 54% of my fellow "Catholics" voted for the Muslim interloper, although white Catholics like me broke for McCain.

I told my best friend the other day that this was going to happen, no more re-election in NY state, Hildog's true self comes out...

I knew that once Hillary was BHO's Secretary of State she would show her true self.

Fantastic!God bless you!Meanwhile,you can visit my China Wholesale,we have the highest quality but the lowest price fashion products wholesale from China.Here are the most popular China Wholesale productsfor all of you.You can visit http://chinaclothes.net.Also the polo clothing is a great choice for you.God bless you!I really agree with your opinions.Also,there are some new fashion things here,gillette razor blades.gillette mach3 razor bladesfor men.As for ladies,gillette venus razor blades must the best gift for you in summer,gillette fusion blades are all the best choice for you.