IF YOU HAD NEXT TO NO INTEREST IN THE OSCARS, THEN YOU ARE NOT IN THE MINORITY 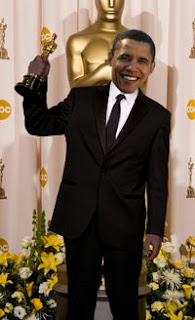 The Oscars were watched by 35 million people in the USA.

Most never even saw a single movie nominated p ior maybe just one.

So... why do people care what actors say or do, which candidates they support?

What makes Hollywood powerful politically is not their broad reach, but the fact that - like the MSM - there's a critical segment of the population which DOES pay attention to them: the centrist/moderate/independent swing voter who is generally not paying close attention to current events, but does just before the BIG EVENTS: Oscars and elections and the like.

These people are influenced by the tenor of what they see, the mood, the general prevailing tone. By who the late night EMCEE's are ridiculing. By who the stars in Hollywood look up to. And so on. Clooney and Angelina and Katie and Oprah are the cool kids in high school they wanna be "in" with when it counts.

For the GOP and conservatism to grow, it's got to be able to find a way to reach these voters. 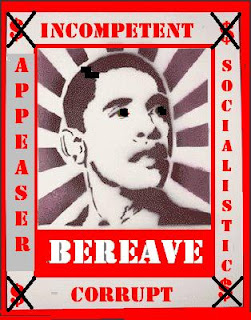 That means making more TV shows and movies, and getting more conservative stars to come out publicly, and by continuing to ridicule the MSM.

These voters broke for Obama. In 2010, we gotta make them break for the GOP.

Getting famous people to ridicule the leftist elite in mass media is how.

When Obama is a the punchline of the joke of the day WE WILL HAVE WON.
OBAMA: "How do you make a million in the stock market? Start with a billion!"
Posted by Reliapundit at 10:50 PM