CHAVEZ TO SHUT DOWN OPPOSITION TV 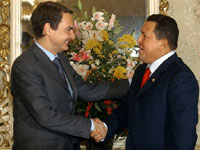 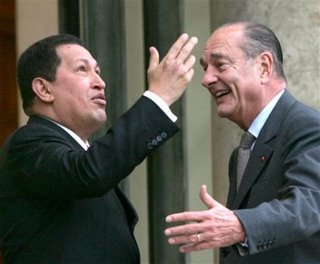 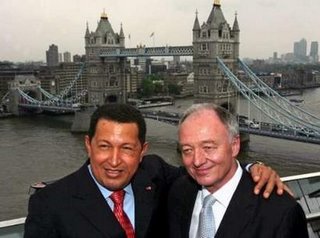 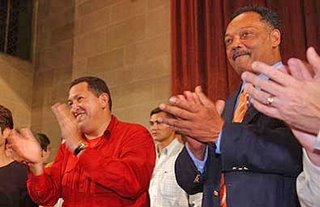 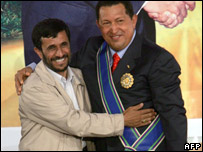 BBC - Venezuelan President Hugo Chavez has said he will not renew the license for the country's second largest TV channel which he says expires in March 2007.

In an address to troops, Mr Chavez said he would not tolerate media outlets working towards a coup against him.


Radio Caracas Television, which is aligned with the opposition, supported a strike against Mr Chavez in 2003. But the TV's head said there must be some mistake as its license was not up for renewal in the near future. Marcel Granier also vowed to fight against the president's plans in Venezuela's courts and on the international stage. 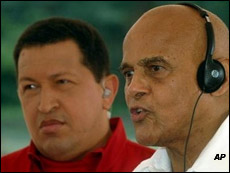 The BBC's Greg Morsbach in Caracas says Mr Chavez has repeatedly threatened to take the TV off the air but has never given a date. 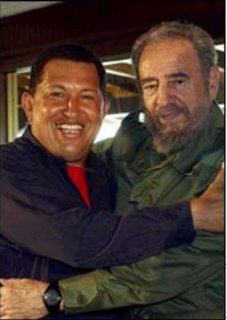 Yes folks, the man that Cindy Sheehan says is more of a democratic leader than George W. Bush will shut down opposition TV. Think about this for a second.

This is the equivalent of President Bush saying he's going to shut down CNN because of their critical coverage of him. Imagine if that were to happen in this country. Almost unthinkable, isn't it? (Well, wait a minute, I guess there was one instance, when the Democratic (ironic name) Party threatened ABC's license over a certain 9/11 miniseries, but we can ignore that, right?)

Yet when a South American president (who talks a good Marxist game) doesn't just threaten to do it, but does it, people make excuses for him. I'm not saying Joe Conason would defend this "elected President" but some might. ;-)
MORE HERE AND HERE AND HERE. And here.

Reliapundit adds: Great post PJ! BTW: Everyone of the Western schmucks pictured above with Chavez (except for Castro and Ahmadinejad) sees himself or herself as an outspoken defender of free speech, and each is a VERY vocal critic of the Bush Administration. SO WHY ARE THEY TOTALLY EFFIN' SILENT REGARDING THIS ANTI-FREE SPEECH MOVE BY CHAVEZ?!

Could it be they are phonies, hypocrites, dupes, and more anti-American than they are pro-human rights!? Yup. Zackly right.
Posted by Jim Rose at 5:03 PM

It is too bad that we can't just shut him down too.