WHY IS AL QAEDA RETREATING FROM THE AFGHAN BORDER REGION?

I've seen this story at a couple of sites the past few days. Al Qaeda appears to be retreating from Afghanistan. Everyone is counting this as a victory, and perhaps it is. At least one site was tying this story to the story of a few weeks back about Bin Laden being dead. I don't know, though. Read this story, and tell me if you think this sounds like good news:

Rohan Gunaratna, head of terrorism research at Singapore's Institute for Defense and Strategic Studies, and the author of "Inside Al Qaeda; Global Network of Terror," said "We have seen that several hundred, perhaps five to six hundred al Qaeda members who were located on the Afghan-Pakistan border, have now left."


Gunaratna adds that these al Qaeda members have returned "to their own home countries, particularly to Iraq, and also to other Middle Eastern countries such as Saudi Arabia and Yemen. We have seen a shift in Al Qaeda's thinking, in strategy."
Some of those who returned to their native countries in the Arab world and were caught have told investigators that the orders only specified al Qaeda's decision for the Arabs to depart Afghanistan. The choice of a route was left to al Qaeda's local commanders in Afghanistan, according to information given by arrested suspects to their interrogators.
"The standard answer was: We don't know why we were told to leave. The orders were very specific — leave Afghanistan now without wasting much time." The diplomat spoke on the condition that neither his identity nor that of his country would be revealed.

Leave, and leave fast? That's peculiar, especially when you consider they could simply melt away into the landscape. Methinks there's something more to this. There was also a call for Muslims to leave the United States recently. Some have speculated that that call was tied to a WMD attack. I don't know, though. If Al Qaeda had a nuke up their sleeve, it's a bit hard to believe they'd detonate it in Afghanistan, where there are very few actual Western assets.

So, what do I think is going on? Perhaps, it wasn't Afghanistan they were supposed to clear out of quickly, but the Afghanistan/Waziristan border region. Or, in other words, Waziristan. A while back, I ran a post here at Astute Bloggers conjecturing that the reason Pakistan ceded Waziristan was to make it an independent terrorist state, which would free the United States to attack it. When it was still part of Pakistan, we could not have reasonably attacked because (supposedly) Pakistan is our ally. If this is true, then it would make sense that Al Qaeda would want to clear out of there fast. In short, I believe they fear a massive aerial bombardment from the United States. 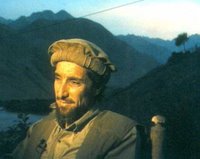 Relipaundit adds: Great post, Pastorius. I wonder: Does al Qaeda fear an impending US attack for a reason - like because they know it will come after the next big terror attack in the USA or the UK? And if this is so, then doesn't this "retreat" signal that a big terror attack is impending? Remember: they assassinated Massoud a few days before 9/11 - to make any USA counter-attack less effective; (Massoud led the pro-USA Northern Alliance - the Taliban's rivals in Afghanistan). IOW: Perhaps this "retreat" is really just a preparation for their next mega-terror attack here and/or in the UK, and the allied RETALIATORY strike they are certain would soon follow it?

This interpretation of the 'retreat" from Afghanistan coincides nicely with the recent call for Muslims to leave the USA, and the fact that Osama got a fatwa to kill 10 million US citizens (according to Amanpour at CNN), the clearly apocalyptic talk from Ahmadinejad, and recent news reports of an impending attack in Europe.

I would guess that the jihadists are greatly ENCOURAGED by the recent Democrat victories: it places in power people likely to respond to the next "9/11" by appeasing them. On a scale of 1-10 (with 10 being absolute certainty), I consider the likelihood of a major jihadoterror attack within the next 2 years - here and/or the UK - to be 8. Unless we make GREATER and more successful efforts to destroy them, they will eventually hit us here again - with devastating results.

Ultimately, this means, in order to be safe and secure, we must neutralize Hizballah and Hamas and Syria and Iran. either we do this or we WILL be the victims of a mega-attack.

FURTHER SPECULATION: If Iran isn't neutered by the USA by September '08, I expect Israel to whack Iran. I feel that Iran knows this an therefore actually plans to whack Israel first - and dare the West to counter-attack. And while Iran waits for the West to retaliate, Israel's survivable second strike will vaporize Iran. Israel understands that Bush is lkess likely to act against Iran, now that he's lost the Congress, and Israel knows this means she must act to defend herself. She will - whether it is preemptively or after a mega-attack traceable to Iran.
Posted by Pastorius at 4:57 PM

I hope that the NSA and the CIA are not already so frightened by the prospect of the oncoming Democratic witch-hunts, that they don't fail to notice what you are noticing.